A Quick Guide to Dental Operculum

Operculum, in dentistry, means a gum flap over any partially erupted tooth, particularly the third molar (wisdom tooth). This flap can get crushed between the tooth and the opposite tooth in the other jaw while chewing. The tissue of the operculum and the surrounding region of the gum can become tender and inflamed.

How is it caused?
An immediate effect of the tender operculum will be that some patients may cut down on food intake to avoid the pain. The patient experiences pain every time he or she chews over that tooth. Another possibility is the accumulation of food particles around the operculum. In due course, this can give rise to harmful bacteria, which have the potential to cause Operculitis or Pericoronitis.

If allowed to remain unattended, Operculitis can cause excessive pain in the jaw. Swelling may spread to the cheek next to the region. It is also possible that bacterial activity will cause a bad odor in the mouth, resulting in unexplained loss of appetite on the part of the affected person. If not attended to properly, it can result in gum and tooth disease.

The third molars are most commonly effected with Pericoronitis due to posterior location, difficulty to clean during brushing, and the fact that they erupt only in late teens.

Proper Oral Hygiene can often help with a gum flap.

Surgical Procedure for Recurrence
Since Operculitis is a recurring condition, especially when due regard is not given to oral hygiene maintenance, the only permanent solution is the removal of the impacted tooth.

The dentist first exposes a flap of the gums surrounding the tooth, followed by judicious removal of jaw bone, so as to expose the tooth. Once exposed, various dental instruments are then used to “elevate” the tooth out of its follicle. In more difficult cases, the tooth may be sectioned into two or more pieces, to facilitate removal. Once the tooth is out, the tooth socket is thoroughly irrigated and cleaned, followed by suturing the gum flap back into its position.

A 14-day follow up appointment will be scheduled after Operculum surgery.

After the surgery, the patient is instructed to take a soft diet for some days. Pain, including mild to moderate swelling of the effected region is not uncommon, ans analgesics and drugs for reducing inflammation are prescribed.
Furthermore, the patient is advised to visit after about two weeks for a follow up, and to immediately seek dental help in case of emergency, such as spontaneous bleeding from the wound or severe pain.

dental surgery, gum care, gum flap, impacted tooth, Operculectomy, wisdom teeth
A Quick Guide to Dental Operculum2016-01-042016-02-12https://fortworthtexasdentist.com/wp-content/uploads/2018/09/h-peter-ku-best-dentist-logo-2.pngFort Worth Dentist | 7th Street District | H. Peter Ku, D.D.S. PAhttps://fortworthtexasdentist.com/wp-content/uploads/2018/09/h-peter-ku-best-dentist-logo-2.png200px200px
Recommended Posts
H. Peter Ku, D.D.S., PA is located on 3045 Hamilton Ave, Fort Worth. From Fort Worth Meacham Int'l Airport (FTW) head northwest toward N Main St and turn right onto N Main St. Then Pass by Taco Bell (on the left in 1.9 mi) and turn right onto W Northside Dr.
Next, pass by Dairy Queen Store (on the right in 0.3 mi) and continue onto N University Dr. Finally, pass by Jack in the Box (on the left in 0.9 mi), turn left onto Hamilton Ave and H. Peter Ku, D.D.S., PA will be on your right. 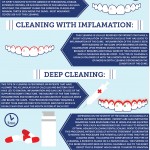 Dental Cleanings InfographicDentistry, Fort Worth
A Vaccine That Could Prevent Tooth DeacyDentistry