Walk into any dental office today and you will marvel at the technology available at your dentist’s fingertips. From imaging software that can show problems instantaneously to tools and equipment that can make complex procedures easy (and pain free), we’re definitely happy to be alive today.

Even in your own medicine cabinet, at-home dental products have evolved a great deal over the centuries. You would be hard pressed to find someone brushing their teeth with horse hair these days!

Thanks to the advancement of technology, it’s possible to keep your teeth longer and replace them more easily should you run into dental issues. It’s hard to remember how far we’ve come in all aspects of dentistry without a solid look behind us. As a reminder of the relative luxuries we have today, and to reassure anyone out there that may be nervous about visiting the dentist, we’ll be taking a step back and look at artifacts and antiquated dental practices that span centuries.

For most of us, the first set of artificial teeth you probably heard about was that of George Washington. Legend has it that he had wooden teeth, but he actually had the most technologically advanced set of dentures at the time crafted from hippopotamus ivory.

While ivory dentures were popular in the 1700s, dentures themselves date back to 700 BC. The very first dentures were actually made out of human or animal teeth and remained popular until the 18th century.

The increase in sugar consumption in Great Britain in the 1800s is what spurred a change in the product. Human teeth and ivory were susceptible to staining, so they fell out of fashion and porcelain dentures instead became the norm.

Fast forward to today, and dentures are now made out of a hard dental resin and come in a variety of types, including implants, removable and partial dentures. Modern dentures are the most comfortable they have ever been, not to mention the most durable. Replacing lost teeth has come a long way since using the teeth of deceased soldiers!

Move over modern–day electric brushes! The first toothbrush was actually not a brush at all. In fact, the Egyptians in 5000 BC were thought to have used their index finger covered in a special mixture called tooth powder to clean their teeth. Unlike your traditional toothpaste, this power was a combination of ash from ox hooves, myrrh and eggshell fragments.

The first actual contraption we’d recognize as a toothbrush dates back to the Babylonians in 3500 BC who used a chewing stick. The stick was a small branch with a frayed end that cleaned teeth and scraped out food from between teeth. Some of the chewing sticks also had a sharp, pick-like end. This is similar to the modern day toothpick and was used for the same purpose.

The chew stick was later replaced by sticks with animal hairs. The early twentieth century is when new fabrics, such as nylon, were introduced into toothbrush manufacturing. Nylon bristles were softer than animal hair and protected the sensitive tissues in the gum line.

Today, toothbrushes come in countless varieties with differing bristle strength. The same can be said for toothpaste. With something for everyone from sensitive gums to those looking to whiten their smile, toothpaste and toothbrushes have evolved greatly since the use of primitive egg shell laden powders and animal hairs!

Dental tools from the past century have vastly improved, and not only from a practitioners standpoint—because tools of yesteryear were downright scary looking!

If you dread soft molds that make you gag, then you should examine the gnathograph. This metal device was used to fit dentures and was attached to the jaw to measure the mouth and examine alignment. If you thought your night guard attached to your braces was cumbersome, then you haven’t seen anything yet!

Another vast improvement in dental equipment is the tool we use to pull teeth. The predecessor to modern tools was the dental screw forceps, which looked like something used for woodworking—definitely not tooth removal. The large tool would be fixed to the problem tooth before pressure was applied to yank it out. Not only does that sound barbaric, but remember that sedation density wasn’t around yet!

Finally, even our bravest patients don’t love hearing that we will need to use a drill. Thankfully, modern–day equipment is small and very precise. Early drills, on the other hand, were a haphazard mash up of plies and a “drip tip” combined into one truly horrifying piece of equipment. Since it was bulky, it was difficult to control. It’s no wonder people went without dental treatment when they saw these tools!

As dentists, we want to get you in our chair—and once we get you there, we want to make your experience comfortable. That said, the chairs we use have come a long way since their advent in the late 1700s. The first dental chairs were just regular ol’ chairs that lacked any sort of modern comfort—even a headrest! By the late 1800s, significant upgrades were made, which included fully–reclining chairs and those that could be moved up and down.

Chairs continued to change as the practice of dentistry went from standing to sitting while performing procedures.

Finally, in the 20th century, what we could consider the modern chair made its appearance on the market. These chairs boasted ergonomic benefits for both the dentist and patient, and today are made of materials that prevent the spreading of germs. The most technologically advanced chairs even include computers that remember setting and can move into the perfect position for each provider with the push of a button.

The first time anesthesia used by a dentist was in the mid-1800s and rendered the patient completely unconscious for a tooth extraction. This would be serious overkill by today’s standards.

Thankfully, as medicine developed so did anesthetic options. You may find it shocking that cocaine was a popular local anesthetic through the late 1800s. You would not be shocked, however, to learn that it was quickly phased out since patients died at an alarming rate due to its toxicity.

In the 1940s, Novocain was introduced to the market and it changed the course of dental anesthesia. During this same time period IV sedation also became more popular in dentistry. Today, there is a wide range of anesthetics that can be used to decrease anxiety and pain during any procedure.

What dental tools today would you like to learn the history of? Start the conversation with us on Facebook!

Ancient Dental Artifacts2019-05-202019-05-20https://fortworthtexasdentist.com/wp-content/uploads/2018/09/h-peter-ku-best-dentist-logo-2.pngFort Worth Dentist | 7th Street District | H. Peter Ku, D.D.S. PAhttps://fortworthtexasdentist.com/wp-content/uploads/2018/09/h-peter-ku-best-dentist-logo-2.png200px200px
Recent Posts
Recent Posts
Categories
H. Peter Ku, D.D.S., PA is located on 3045 Hamilton Ave, Fort Worth. From Fort Worth Meacham Int'l Airport (FTW) head northwest toward N Main St and turn right onto N Main St. Then Pass by Taco Bell (on the left in 1.9 mi) and turn right onto W Northside Dr.
Next, pass by Dairy Queen Store (on the right in 0.3 mi) and continue onto N University Dr. Finally, pass by Jack in the Box (on the left in 0.9 mi), turn left onto Hamilton Ave and H. Peter Ku, D.D.S., PA will be on your right. 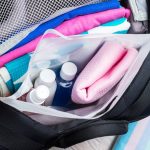 Oral Health for the Family On VacationDentistry