Many people pay little attention to floss. It’s just viewed as another toiletry that’s used infrequently, and otherwise lays at the bottom of your bathroom drawer collecting dust. Aside from the biannual harassment from the dentist to floss daily, this isn’t a product that comes to mind too often. In fact, most people would be hard pressed to identify the basic history and evolution of the product. 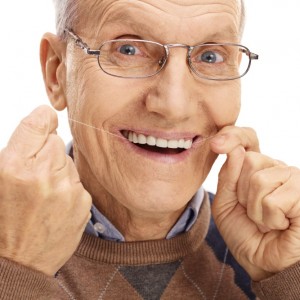 The history of floss

In case you’re ever on Jeopardy (or at a trivia night), floss actually dates back to prehistoric times. Archeologists have found grooves in the teeth of prehistoric humans and hypothesized that horse hairs were used to get the tough meat and fibrous plants out of hard-to-reach places of our early ancestors. Through the nineteenth century to present, floss has evolved and changed as a result of several world events. For example, during World War II the traditional silk floss had to be replaced by nylon due to rising costs of materials during the war effort. Today, modern technologies and synthetic materials have once again influenced the development of floss, which is cheaper to make than ever.

If your floss is sitting unused at the bottom of your drawer, start by actually using it. Less than 12% of Americans floss the recommended amount, so by setting this habit you’ll be a ready-made superstar.

Next, if you have copious amounts of unused floss, the good news is that there are numerous ways to use it aside from oral hygiene. Floss has commonly been used as a “household hack.” Need to hang a picture on the wall, but don’t have the wire for the back of the frame? Floss can easily be used to hold the frame on the nail. Out camping and need to cut food, but forgot your silverware? Floss has been used to cut foods like cheese, hard bodied eggs, and even to remove fish from its skin. And another camping perk—floss burns easily thanks to the wax on the outer layer. Simply wrap it around some bark, and light. There are so many uses for floss in the wild that survivalists actually suggest packing it when you venture into the wilderness.

There are plenty of urban legends about other benefits of floss that you can decide if you believe. In 1995, they say a West Virginia inmate crafted and used a floss ladder to escape from prison. His ladder was supposedly eighteen feet long and as thick as a telephone wire. Since that time, inmates in prisons across the world have tried this escape. It is uncertain if others have been successful. And in case you were curious—the prisoner who escaped in 1995 was caught only weeks later.

Finally, if you think flossing is something that only your dentist does, you’d be mistaken. In North America, over three million miles of floss are purchased each year. That amount of floss would wrap around the world over 120 times! While there are many reputable alternatives for unused floss, and some not-so-reputable (cough…prison breaks), using it to get plaque out from between your teeth is the most important. Brushing your teeth without flossing is like bathing only 70% of your body when you shower, so remember—in order to reach the other 30% of your teeth surfaces, floss twice a day, right before brushing. 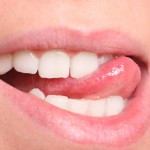 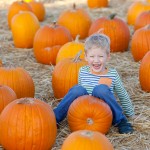