The name Invisalign is an acronym for’ invisible aligners’. It refers to an orthodontic device which is meant to be used as an alternative to the conventionally used dental braces for the alignment of the patient’s teeth. As the name may suggest it refers to a set of teeth aligners which are not normally visible. This is one of the ways in which it is superior to wire braces. Being a patented device it is manufactured only by Align Technology, the company which originally launched it.

Interesting History
The device has a very interesting history. It is one of those devices conceived not by a doctor but by a patient. His name is Zia Chishti. Mr chishti is neither a dentist nor an engineer (BA, Columbia; MBA, Stanford). Also, the device was initially not favored by the dental practitioners’ community, the objection being, possibly, that the designer had no medical qualifications and experience. However, the product was approved by the FDA in 1998. It has become very popular, even to the extent, that a certification on aligners has been made part of continuing education for dentists. It is reported that in 2012 two million people had used it.

The Concept
The purpose and working concept of Invisalign is the same as that of dental braces for alignment of teeth. The braces gradually move and align teeth through a series of intermediate positions before reaching the final positions. The Invisalign also envisages the same. However, there are no wire braces to be tightened repeatedly by the dentist. The teeth are moved very slightly by wearing the first set of aligners which exerts a little corrective pressure on the teeth. It is worn for about two weeks, and by that time the teeth have moved a little. The next set of aligners is also worn for a similar period and moves the teeth slightly further towards the final corrected position. A few dozens of set are made and worn by the patient in order. The number of sets to be worn successively depends on the difference between the initial orientation and the final one.

Duration of Wearing Each Aligner
Each aligner is worn for about two weeks, twenty hours per day, giving a small movement to the teeth in the desired direction. The final positioning may take slightly over a year. Retainers are advised after that. 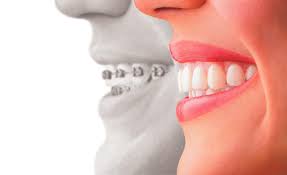 Pros and Cons
The invisalign offers convenience. It can be removed for eating and cleaning, and then reinstalled by the user. It is not as prominently visible as the braces. It is, however, more costly, by about thirty to fort percent. Also, the Invisalign may not be able to handle very complicated cases of misalignment. To see if invisilign is the right option for your orthodontic needs, please feel free to contact our Fort Worth office for a consultation appointment. We’d love to be a part of creating your perfect smile!

clear aligners, fort worth dentist, invisalign, straight teeth, straighten teeth
What’s Involved in Using Invisalign for Tooth Alignment?2015-11-032016-02-12https://fortworthtexasdentist.com/wp-content/uploads/2018/09/h-peter-ku-best-dentist-logo-2.pngFort Worth Dentist | 7th Street District | H. Peter Ku, D.D.S. PAhttps://fortworthtexasdentist.com/wp-content/uploads/2018/09/h-peter-ku-best-dentist-logo-2.png200px200px
Recommended Posts
H. Peter Ku, D.D.S., PA is located on 3045 Hamilton Ave, Fort Worth. From Fort Worth Meacham Int'l Airport (FTW) head northwest toward N Main St and turn right onto N Main St. Then Pass by Taco Bell (on the left in 1.9 mi) and turn right onto W Northside Dr.
Next, pass by Dairy Queen Store (on the right in 0.3 mi) and continue onto N University Dr. Finally, pass by Jack in the Box (on the left in 0.9 mi), turn left onto Hamilton Ave and H. Peter Ku, D.D.S., PA will be on your right.