How Your Smile Affects Your Life

No matter how much we try to deny it, every day we are judged on our looks.

Though, to the luck of those of us who aren’t currently getting paid to model the cover of Vogue, this judgment is not based solely on conventional beauty. Rather, our minds view a person’s appearance holistically, and use available data to form an opinion. This could include body language, accents, and overall appearance. 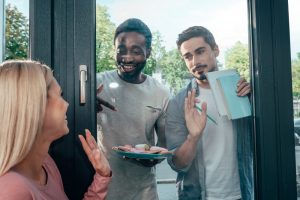 To fill in the holes, our subconscious makes assumptions based on past experiences. The assumptions our mind creates are sometimes helpful, but sometimes entirely inaccurate. Past experiences have cemented that correlation in our minds, and this can be almost impossible to break.

And, even if we’re able to break free of these associations, how many people in the world around us are trying to look at us just as objectively?

Let’s look at an example

One common example of this phenomenon is with the overweight and obese population. Although nearly two-thirds of Americans qualify as either overweight or obese, studies show the average person still assumes that being overweight means someone is lazy, awkward or unmotivated. These assumptions are made in the first millisecond that someone lays eyes on someone else.

These same assumptions are made about people with poor oral health, or with teeth that appear to not be taken care of. Research has shown that 70% of people with “bad teeth” say it has negatively impacted their lives.

Individuals with broken teeth, bleeding gums, or abscesses have reported difficulty finding long-term employment after in-person interviews. With so many jobs that involve directly helping clients, poor oral health can serve as a deterrent for hiring managers.

Even if it’s unfair, even if it’s discriminatory, and even if a patient was just dealt a bad hand with their teeth by “conventional” standards, this problem resonates with millions of Americans.

Happiness and your personal life

Those with dental problems also admit to not smiling often to avoid showing off the problems in their mouth. This lack of smiling has further contributed to the inability to secure a job. Many businesses need people at the front of the office or in a checkout line to be personable and friendly. While not smiling does not equate to unfriendliness, assumptions are made. Studies have shown that those who are self-conscious about their teeth in interviews tend to try to hide their mouth with one hand. This leads to difficulty interacting with the hiring manager, and even muffled interview answers…All of which lead to a decreased likelihood of a job offer.

Going out with friends—or “more than friends”

Poor oral health does not only affect employment prospects, but it also has a negative effect on social lives. This issue is not something that is just affecting older Americans, either. In fact, 33% of young adults have admitted cutting back on socializing due to bad teeth. An underlying lack of confidence is another contributing factor to a decreased desire to socialize. With the increased reliance on social media, images are an important component of modern day social constructs.

And feeling good about yourself

Finally, poor oral health also adversely affects your mental health. It is well known that poor oral health can affect many of the body’s systems, including the heart and kidneys. What is not as well known is that gum disease is linked to mental health problems like stress, anxiety and depression. These conditions cause the body to release a hormone called cortisol which, in large qualities, can cause periodontal disease. In addition, chronic inflammation in the gums has been shown to increase your likelihood of developing Alzheimer’s disease.

If you find yourself struggling with poor oral health, the good news is that the #1 dentist here in Ft. Worth is ready to take your call. All it takes is a phone call to begin the conversation. Don’t let any worry prevent you taking the first step to ultimately transform your life. The caring experts in Dr. Ku’s office are excited to help you take the first step in rejuvenating your teeth, your professional health, your personal life, and your mental health!

How Your Smile Affects Your Life2017-11-132017-11-13https://fortworthtexasdentist.com/wp-content/uploads/2018/09/h-peter-ku-best-dentist-logo-2.pngFort Worth Dentist | 7th Street District | H. Peter Ku, D.D.S. PAhttps://fortworthtexasdentist.com/wp-content/uploads/2017/11/depositphotos_164698564_original.jpg200px200px
Recent Posts
Recent Posts
Categories
H. Peter Ku, D.D.S., PA is located on 3045 Hamilton Ave, Fort Worth. From Fort Worth Meacham Int'l Airport (FTW) head northwest toward N Main St and turn right onto N Main St. Then Pass by Taco Bell (on the left in 1.9 mi) and turn right onto W Northside Dr.
Next, pass by Dairy Queen Store (on the right in 0.3 mi) and continue onto N University Dr. Finally, pass by Jack in the Box (on the left in 0.9 mi), turn left onto Hamilton Ave and H. Peter Ku, D.D.S., PA will be on your right. 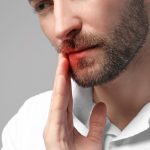 Your Guide to NOT Go Crazy with an Emergency ToothacheDentistry 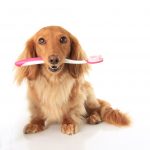