Things to do in Fort Worth June 5

Kenyatta Shakur, former Black Revolutionary and political prisoner, is desperate to reconnect with his estranged daughter, Nina. In order to reconcile his past, he must first conquer his most challenging revolution of all – fatherhood.

Fort Worth Symphony Orchestra Concerts in the Garden

The 25th Annual Concerts in the Garden begin this weekend.  The line up starts with Pink Martini, a rollicking around-the-world musical adventure, brilliantly combining elements of classical, jazz, world music, and timeless pop.  Then roll up for the Classical Mystery Tour and enjoy The Beatles’ timeless classics paired with beautiful orchestration. The weekend will wrap up with an evening of symphonic masterpieces including Tchaikovsky’s popular 1812 Overture set to jaw-dropping fireworks!  There is something for everyone!

Among the large contingent of talented songwriters who emerged in Texas in the 1980s and ’90s, Robert Earl Keen struck an unusual balance between sensitive story-portraits (“Corpus Christi Bay”) and raucous barroom fun (“That Buckin’ Song”). These two song types in Keen’s output were unified by a mordant sense of humor that strongly influenced the early practitioners of what would become known as alternative country music. Keen, the son of an oil executive father and an attorney mother, was a native of Houston. Enjoying both folk and country music, Keen wrote poetry while he was in high school, but it wasn’t until he went to journalism school at musically fertile Texas A&M that he learned to play the guitar. Things to do in Fort Worth June 52015-06-052016-09-27https://fortworthtexasdentist.com/wp-content/uploads/2018/09/h-peter-ku-best-dentist-logo-2.pngFort Worth Dentist | 7th Street District | H. Peter Ku, D.D.S. PAhttps://fortworthtexasdentist.com/wp-content/uploads/2018/09/h-peter-ku-best-dentist-logo-2.png200px200px
Recent Posts
Recent Posts
Categories
H. Peter Ku, D.D.S., PA is located on 3045 Hamilton Ave, Fort Worth. From Fort Worth Meacham Int'l Airport (FTW) head northwest toward N Main St and turn right onto N Main St. Then Pass by Taco Bell (on the left in 1.9 mi) and turn right onto W Northside Dr.
Next, pass by Dairy Queen Store (on the right in 0.3 mi) and continue onto N University Dr. Finally, pass by Jack in the Box (on the left in 0.9 mi), turn left onto Hamilton Ave and H. Peter Ku, D.D.S., PA will be on your right. 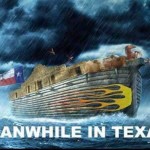 Meanwhile in TexasFort Worth
7 Tactics to Battle Mosquitos Including One Made from the Same Ingredients as BreadFort Worth, Gardening