Things to do in Fort Worth, September 30

This year will mark the 14th anniversary of the Oktoberfest celebration hosted by Southlake’s Chamber of Commerce! Over 100,000 people visit throughout the weekend festival! Attendance is completely free; no admissions or parking fees. There will, however, be a wide range of food, beverages, and booth items available for sale. Come take a stroll in Southlake’s beautiful Town Square while looking at the unique, handcrafted arts and crafts booths. Great food and live entertainment are also at your fingertips during this fun-filled event. The kids will have a great time in the excitement-packed children’s area!

Abbott’s independent Texas spirit is stronger than ever. Among his goals “from the get-go,” he says, was for his band to distinguish itself as one of the “most successful independent country bands” of its era. And if there’s a difference between that and what most people consider “megastardom,” well, he’s quite OK with that, because “success” in his book isn’t defined by the all-or-nothing fantasy of platinum-selling records and sold-out arena tour.

Fiddler on the Roof

Rich in historical and ethnic detail, Fiddler on the Roof’s universal theme of tradition cuts across barriers of race, class, nationality and religion, leaving audiences crying tears of laughter, joy and sadness. Set in the little village of Anatevka, the story centers on Tevye, a poor dairyman, and his five daughters. With the help of a colorful and tight-knit Jewish community, Tevye tries to protect his daughters and instill them with traditional values in the face of changing social mores and the growing anti-Semitism of Czarist Russia.

The Fort Worth Symphony Orchestra and mezzo-soprano Julie Boulianne will delight you in the sublimely tender anthology of songs of love, desire and longing, Les nuits d’été. Plus, from the opening cadence of single snare drum to the boisterous conclusion, Ravel’s Bolero marches through your ears with an unrelenting rhythm. This perennial audience favorite will captivate you with its hypnotic melody that weaves through the many instruments of the orchestra.

Things to do in Fort Worth, September 302015-09-302017-01-09https://fortworthtexasdentist.com/wp-content/uploads/2018/09/h-peter-ku-best-dentist-logo-2.pngFort Worth Dentist | 7th Street District | H. Peter Ku, D.D.S. PAhttps://fortworthtexasdentist.com/wp-content/uploads/2018/09/h-peter-ku-best-dentist-logo-2.png200px200px
Recent Posts
Recent Posts
Categories
H. Peter Ku, D.D.S., PA is located on 3045 Hamilton Ave, Fort Worth. From Fort Worth Meacham Int'l Airport (FTW) head northwest toward N Main St and turn right onto N Main St. Then Pass by Taco Bell (on the left in 1.9 mi) and turn right onto W Northside Dr.
Next, pass by Dairy Queen Store (on the right in 0.3 mi) and continue onto N University Dr. Finally, pass by Jack in the Box (on the left in 0.9 mi), turn left onto Hamilton Ave and H. Peter Ku, D.D.S., PA will be on your right. 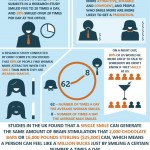