Using the power of television and advertisement isn’t a new tool of the dental trade. Go figure!

This fascinating throwback video compilation dates to 1955 and was produced by the American Dental Association to use as public service announcements. The themes highlighted in the video are the same themes dentists talk about today:

While this video was produced almost 60 years ago, it’s surprising that not much has changed with regard to dental education. Below, we’ll break down how oral health recommendations and dental products have evolved in the last half century.

Another major change for dentists came with the first fully reclining dental chair. This revolutionized both the patient experience as well as made it easier for dentists to work in a patient’s mouth.

Finally, much the benefit of patients, Novocain and lidocaine became widely used in this time in order to help ease discomfort and pain during procedures.

Commercial sealants became available in the 1960s. A dental sealant is a protective barrier placed on children’s teeth for the purpose of sealing out food and bacteria that result in cavities. Sealants have evolved over the years, making application easier for the clinician and the patient. Initially, dental sealants were “self-curing,” setting quickly and reducing the time for manipulation. Most sealants today require a curing light after placement. However, it still can make placement tricky—especially with wiggling children.

The first teeth whitening gel really took off in 1989. A whitening gel known as Opalescence was first patented that year, and tooth bleaching trays were then custom made to fit the exact mold of the patient’s teeth. This innovation caused the number of patients seeking tooth whitening to snowball and also helped launch the strip whitening market.

Created in the 1990s, Invisalign is a treatment process that relies on removable tray that through a careful process provides alignment correction of the teeth. Unlike traditional braces that rely on brackets and wires, Invisalign is made from clear, flexible plastic that fit snuggly over the teeth. This product is FDA-approved and is made from a patented thermoplastic. This has revolutionized the way people straighten their teeth and shook up the traditional braces landscape that had dominated the market for decades prior.

Dentistry will continue to evolve through the use of technology and Artificial Intelligence (AI). AI in dentistry will mean the ability for computers to “read” and “analyze” copious amounts of complicated dental and patient data in a fraction of the time a human could. Having more reliable and current data to reference, dentists will be able to make streamline decision making while also reducing errors. The next 50 years of dentistry will look nothing like the last!

[VIDEO] Historical Dental Advertisements2019-08-062019-08-06https://fortworthtexasdentist.com/wp-content/uploads/2018/09/h-peter-ku-best-dentist-logo-2.pngFort Worth Dentist | 7th Street District | H. Peter Ku, D.D.S. PAhttps://fortworthtexasdentist.com/wp-content/uploads/2019/08/depositphotos_194630998_xl-2015gfgfgf.jpg200px200px
Recent Posts
Recent Posts
Categories
H. Peter Ku, D.D.S., PA is located on 3045 Hamilton Ave, Fort Worth. From Fort Worth Meacham Int'l Airport (FTW) head northwest toward N Main St and turn right onto N Main St. Then Pass by Taco Bell (on the left in 1.9 mi) and turn right onto W Northside Dr.
Next, pass by Dairy Queen Store (on the right in 0.3 mi) and continue onto N University Dr. Finally, pass by Jack in the Box (on the left in 0.9 mi), turn left onto Hamilton Ave and H. Peter Ku, D.D.S., PA will be on your right. 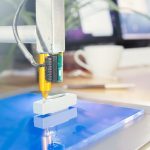