Virtual and Augmented Reality in Dentistry

Computer technology is improving, and at a faster rate month over month. As technology improves at this breakneck pace, medicine follows. Where computer technology and medicine come together is in virtual and augmented reality. So, why are we writing about it at Dr. H. Peter Ku DDS? What exactly is the present and future of this technology in the dental world?

What is Virtual and Augmented Reality?

No longer the stuff of science fiction, virtual reality creates a simulated world that can be just like the real world. It can also be very different from the real world. Modern VR uses headsets, or screens on multiple surfaces, surrounding the user. Uses of VR include many kinds of things, from videos and movies, to gaming, to building copies of real-life places.

Augmented reality is an experience of the real world in which things are enhanced – or new things are added. The mobile game Pokemon Go is the most famous example of an AR game. Now AR is able to provide feedback to the user based on touch, vision, hearing, and even smell.

How are VR and AR Used in Dentistry?

One of the biggest ways that VR and AR are both used in the dental field now is for student training. It’s a lot easier, cheaper, and safer to have a student put on a VR headset and practice surgery than it is to find someone who actually needs a rare or special type of dental treatment. It’s also quite a bit less risky for the patient. VR and AR can be used to train students to use specialized dental tools, as well as help with learning dental theory. Also, the records made during these sessions can help students self-evaluate by looking at their own VR exercises. Read more about AR and VR uses in dental training here.

As VR and AR mature, new innovations like haptic (touch-based) feedback and more precise visual accuracy continue to aid the dental field in surgery and the installing of implants in particular.

A unique use of AR in dental surgery is in its ability to show the doctor more patient information during the surgery. A device such as a headset or goggles could be used to display a patient’s vitals in real-time during a surgery, for example. Displaying the patient’s medical data to the dentists, nurses, and surgeons during the operation increases the safety throughout the process, too. Read more about real-time dental uses for AR and VR here.

The biggest problems to overcome in using AR and VR in the dental field have to do with the newness of this technology.

For starters, VR and AR devices are rare, and they are pricey. How many people do you know who have a VR headset? If a dentist’s office or dental school in a developing country can’t afford or acquire surgical tools, they probably can’t afford AR or VR systems either.

The lack of widespread VR/AR devices has another more slowing effect on progress, too: it’s hard for scientists to get enough testers and participants in their studies to draw conclusive results. There just aren’t enough people using this new technology yet.

Accuracy is also a problem. An oral surgeon must be highly precise in his/her actions. VR and AR technologies are relatively new, and honing them to a high level of precision takes time.

What does the future hold for AR and VR dentistry?

A defining feature of the 20th century has been how computer technology becoming an everyday thing. Computers were once monstrous machines that took up entire buildings. Now, everyone keeps one in their pocket and often another one on their wrist.

The trend today is that technology is becoming cheaper and more widespread. In the next few years, we can expect to see some amazing progress in VR and AR medicinal technology. Its common use will enable faster development for two reasons: as more people use it, there is a greater chance that some user will build something new; and it will also be easier to study because there will be a bigger sample size of people using AR and VR.

As VR and AR improve, so will feedback accuracy. Surgeries will be able to be copied in VR, with AR based feedback. A student can practice using dental tools like a drill, and feel the same kind of feedback that he or she would from performing the action in reality. Odds good that there will come a time when using AR tools leads to better, safer dental operations.

Dentists aren’t the only ones who can use VR devices. Dental patients and at-home users will be able to do so as well. Imagine a small camera and light on your toothbrush that not only shows you the inside of your mouth, but uses AR to point out plaque and areas that need extra brushing.

Back to the present

VR and AR may not be widely present in most dental offices now, but many dentists keep up on the newest technology and developments in their field. If you want the best dental care from a dentist who follows the most cutting-edge research, look no further than Dr. Ku, in Fort Worth. Contact our award-winning office today to learn more about AR and VR dentistry—and to get yourself the best dental treatment available in the area in the meantime!

Virtual and Augmented Reality in Dentistry2020-05-112020-05-11https://fortworthtexasdentist.com/wp-content/uploads/2018/09/h-peter-ku-best-dentist-logo-2.pngFort Worth Dentist | 7th Street District | H. Peter Ku, D.D.S. PAhttps://fortworthtexasdentist.com/wp-content/uploads/2020/05/depositphotos_62417739_xl-2015.jpg200px200px
Recent Posts
Recent Posts
Categories
H. Peter Ku, D.D.S., PA is located on 3045 Hamilton Ave, Fort Worth. From Fort Worth Meacham Int'l Airport (FTW) head northwest toward N Main St and turn right onto N Main St. Then Pass by Taco Bell (on the left in 1.9 mi) and turn right onto W Northside Dr.
Next, pass by Dairy Queen Store (on the right in 0.3 mi) and continue onto N University Dr. Finally, pass by Jack in the Box (on the left in 0.9 mi), turn left onto Hamilton Ave and H. Peter Ku, D.D.S., PA will be on your right. 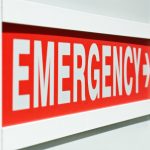 How to Know if You Have a Dental EmergencyDentistry 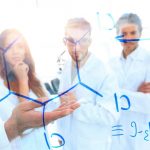 How Dental Health, Oral Health, and Cardiac Health are all ConnectedDentistry