Texas Christian University, located in downtown Fort Worth, is well-known nationally thanks to their Rose Bowl-winning football team. But there are lots of other great attributes and fun facts about TCU that many people, even in Fort Worth, aren’t aware of. Here are the top ten things that will surprise you about TCU. 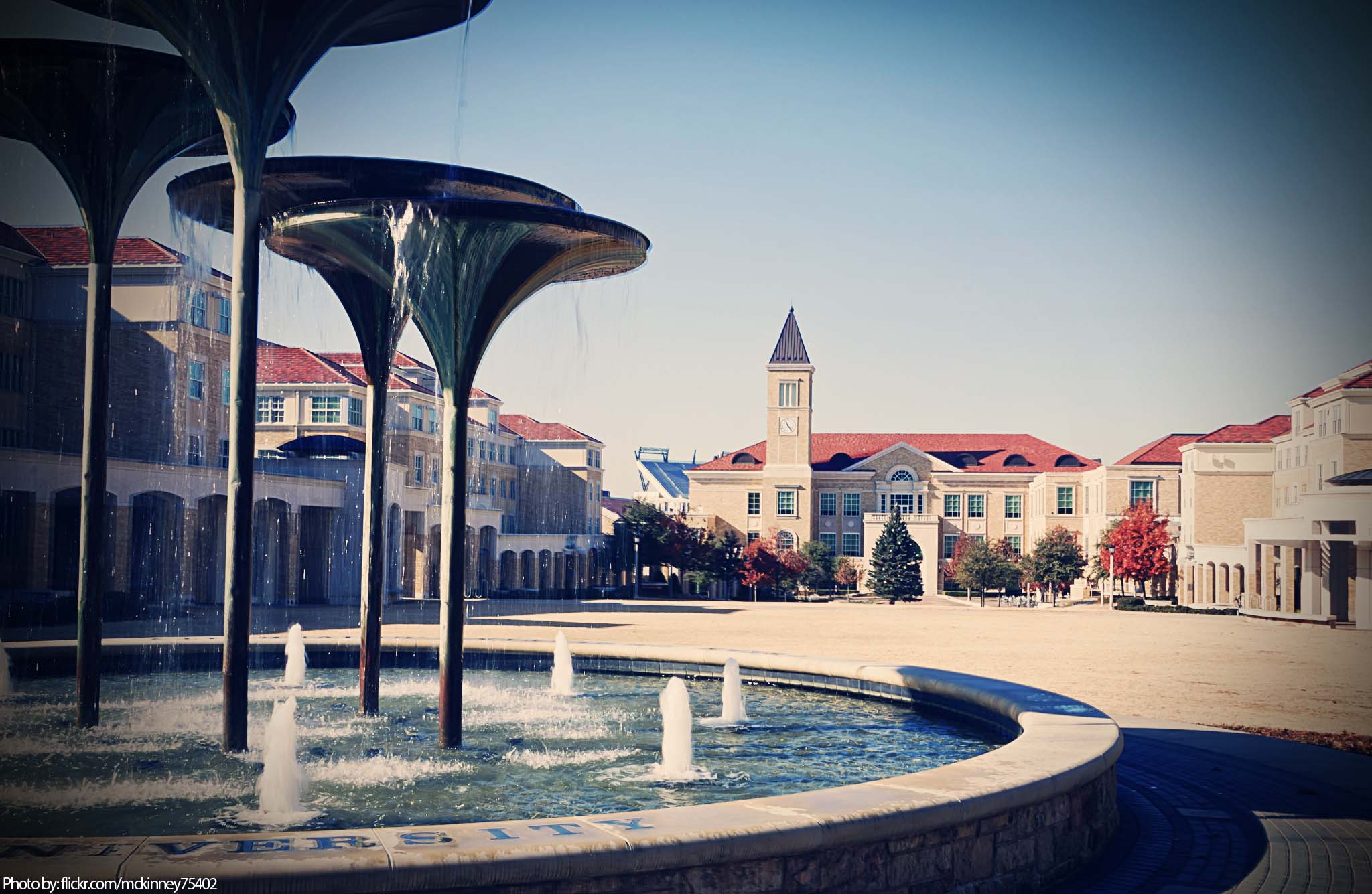 1.TCU’s business school is one of the top schools in the country

The Neeley School of Business is known worldwide for its stellar program. The British magazine The Economist ranked Neeley as one of the top 75 MBA programs in the world, and Bloomberg ranked the undergraduate program as the 27th best business school in the US. Not bad for a university with under 10,000 students!

2. TCU has more out of state students than you might think

Although it has Texas in the name, TCU is truly a nationwide school. Almost half of the student body comes from somewhere other than the Lone Star State. Californians are represented heavily, as are people from Colorado, Illinois, and Arizona.

In 2000, only 4,500 kids applied to TCU. In 2011, over 19,000 people sent in applications. Whether they heard about it through the Rose Bowl or they were enchanted by the beautiful campus, it’s clear that high school students are beginning to view TCU as a more desirable option than ever before.

4. TCU has a budget just for flowers

Mary Evans Beasley, a TCU benefactor, loved the university so much that she bequeathed over $450,000 specifically for the upkeep of the campus flower gardens and lawns. Upon her death at the age of 102 in 2005, the school received another $100,000 to keep her memory alive by making sure that the campus was as immaculately maintained as possible. This is why you’ll see such a wide variety of gorgeous flowers all across TCU.

5. TCU is dominant in a wide variety of sports

Everyone knows about the great Horned Frog football team, but there are several other great programs at TCU that fly under the radar. The rifle team won championships in 2010 and 2012, and were the first national championship team comprised solely of women. Golfer Julien Brun was the Big XII individual champion in 2014, and their baseball team has been to the College World Series twice in the last five years.

For a small private university, TCU graduates have been making waves in a wide variety of fields. In athletics, LaDanian Tomlinson, the NFL record-holder for touchdowns in a season, is probably TCU’s most recognizable alumnus. Texas gubernatorial candidate Wendy Davis is a Horned Frog, as are bestselling author and sportswriter Dan Jenkins and CBS anchor Bob Schieffer. TCU even boasts some famous fictional characters – both the Professor from “Gilligan’s Island”and Rev. Lovejoy from “The Simpsons”got their degrees from TCU.

There are lots of perks that TCU students get, but perhaps none is bigger than the annual fall concert at Amon G. Carter Stadium. Free to all Horned Frog students, the concert has hosted Lady Antebellum, OneRepublic, and The Fray in previous years. It’s always a secret who the big-name band playing will be, which adds a level of excitement to the event.

8. TCU has a special brick color

Ever drive around the TCU campus and wonder why all the buildings look so similar? There’s a reason for that. TCU makes sure that all brick buildings are a special golden color, known as “TCU buff.”The only exception to this rule is Robert Carr Chapel, which has its own reddish color.

9. TCU is a highly selective school

Even though applicant rates are rising, TCU isn’t looking to expand anytime soon. Only 37% of applicants are accepted, which makes TCU one of the most highly selective colleges in the nation. One reason? TCU mandates that students must not develop “senioritis”in their final year of high school, as the university takes that year into consideration when reviewing potential new students.

10. The surrounding area has some of the best places to eat in Fort Worth

Berry Street, where TCU is located, has tons of great restaurants that cater to the college lifestyle. Dutch’s Burgers, named after TCU coaching legend Dutch Meyer, is a favorite amongst Horned Frog students, as is Buffalo Bros., a wings, pizza, and sub sandwich shop that boasts some of the best wings in Fort Worth.

Check out the  Top 5 Restaurants Near TCU !

fort worth, tcu, Texas Christian University
10 Surprising Things About Texas Christian University2014-08-262017-10-23https://fortworthtexasdentist.com/wp-content/uploads/2018/09/h-peter-ku-best-dentist-logo-2.pngFort Worth Dentist | 7th Street District | H. Peter Ku, D.D.S. PAhttps://fortworthtexasdentist.com/wp-content/uploads/2014/08/Texas-Christian-University.jpg200px200px
Recommended Posts
H. Peter Ku, D.D.S., PA is located on 3045 Hamilton Ave, Fort Worth. From Fort Worth Meacham Int'l Airport (FTW) head northwest toward N Main St and turn right onto N Main St. Then Pass by Taco Bell (on the left in 1.9 mi) and turn right onto W Northside Dr.
Next, pass by Dairy Queen Store (on the right in 0.3 mi) and continue onto N University Dr. Finally, pass by Jack in the Box (on the left in 0.9 mi), turn left onto Hamilton Ave and H. Peter Ku, D.D.S., PA will be on your right.