Final Verdict on Fluoride: Is It Good or Bad?

What is fluoride? If it’s good for you, why is there any controversy surrounding it at all? How much fluoride is “too much?” It’s fair to have a lot of questions about fluoride, and understandable that some of those questions can be difficult to answer. Fluoride is like a lot of things these days—it’s hard to learn about because of the misinformation on the subject. Everyone seems to have an opinion, whether it’s rooted in fact or not. Below, we will talk about the basics of fluoride, as well as its pros and cons, in a simple-to-understand and scientifically-based way.

Fluoride is a naturally-occurring chemical found throughout nature. There are small amounts of it in the air, soil, rocks, sea water, freshwater, many foods, and some plants.

It is a negative ion (an atom with an electric charge), of the element Fluorine. F- is its chemical formula.

What does fluoride do?

Cavities are formed when bacteria that live on the surface of the tooth break down sugars and make acids that damage the tooth enamel. These acids can lead to loss of enamel, which in turn damages the teeth. When the replacement of minerals is slower than the loss of minerals, cavities form.

Fluoride may be a naturally occurring mineral, but so is uranium. Fluoride can be poisonous when ingested in large, concentrated quantities. Fluoride toxicity happens when there is sustained consumption of large amounts of soluble fluoride salts (sodium fluoride). Though, this is exceptionally rare. Here’s what happens when too much fluoride is ingested:

There are two types of fluorosis: dental, and skeletal.

Dental fluorosis is seen as little spots that appear on the teeth. It’s usually non-harmful (only a cosmetic problem). In exceptionally rare instances, it can cause rutting in the teeth as well. It usually occurs during childhood teeth formation, usually when children take in too much fluoride; after all, they swallow large amounts of fluoridated toothpaste, take fluoride supplements, and drink fluoridated water.

Skeletal fluorosis is a painful disease that usually sees stiffness and joint pain. In severe cases, there is calcification of ligaments and growth of altered bone structures. Skeletal fluorosis is most common in China and India, where people consistently drink groundwater with naturally-high fluoride levels. These high levels are more than 8 parts per million (ppm), or 8 milligrams per liter. Another way to over-consume fluoride is burning coal in a closed environment, like inside the house.

Fortunately, skeletal fluorosis is not a problem in areas that add fluoride to water, as the levels are strictly controlled. Fluoride levels in the U.S. are kept at 0.7-1.2 milligrams per liter, or 0.7-1.2 ppm.

Human nature being what it is, there are plenty of people with no evidence who claim that fluoride causes everything from Alzheimer’s to acne to low IQs. There are plenty of places to read about these theories. However, they are based on faulty science, and in most cases have been proven-wrong by extensive studies and publications.

Fluoride is good at both re-mineralizing and slowing demineralizing of the teeth. In fact, studies have shown that drinking water with fluoride can reduce cavities and tooth decay by up to 90%.

Read more about how fluoride is antibacterial and aids in remineralization.

Due to these benefits, most toothpastes contain fluoride, as does the water in most of the U.S.

So, what’s the verdict?

Fluoride is absolutely good for you. It prevents tooth decay and cavities. However, too much of a good thing can still be bad, so it’s important not to ingest too much fluoride. If you are curious about how much fluoride is right, or if you think you might be getting too much, send us a message. Dr. Ku, in Fort Worth, Texas, is an award-winning dentist with years of service. He or any of the other professionals in our office, will be happy to talk to you about fluoride. 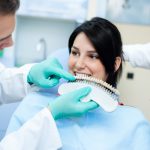 Countdown to the Best Benefits of Teeth WhiteningDentistry 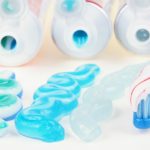 What is the Right Chemistry for Toothpaste?Dentistry