Is Fluoride OK For Kids?

When it comes to our kids we always want what is best, whether their schools, opportunities, or products related to their health. As parents know, good oral hygiene begins before your child pops their first tooth. However, just what products to use that are safe—both for their teeth and their body as a whole—can be confusing. Just like with adult products, the options are endless for toothbrushes, toothpastes and mouthwash. 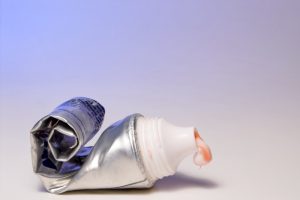 So, what about fluoride?

First, should you use a toothpaste that contains fluoride for your children? Fluoride is a naturally occurring chemical ion found in rocks, soil, and water; however, it does not exist on its own. To harness its benefits, it must be produced though a scientific process. Harnessing the ion was a scientific achievement in the early 1900s, and its benefits are so widespread that it was added to water in the 20th century.

Naturally-occurring bacteria in your mouth feed on the outer surfaces of your teeth, which leads to plaque, and then cavities and decay. Fluoride works by protecting your teeth and making them stronger and more resistant to this acid. Fluoride has been added in toothpaste since 1914, and has led to a significant decline in cavities.

Is it safe for kids?

As you know, most adult toothpaste contains fluoride; however, there were some concerns with children ingesting it in large quantities. The American Academy of Pediatrics has realized the benefits of fluoride and officially recommends choosing a toothpaste for children that contains it.

It’s recommended to choose a fluorinated toothpaste for children as soon as they get their first tooth. Since children this young lack the ability to spit out excess, it’s also important to only use a rice grain-sized amount on the toothbrush. This will allow for enough distribution on the teeth to begin forming the cavity-fighting layers. Fluoride toothpastes has been shown to reduce cavities in kids between 15 and 30 percent.

How about fluoride in mouthwash?

Unlike toothpaste, experts recommend waiting until a child is older to introduce mouthwash. Ensuring children do not ingest too much fluoride—which could result in a condition called fluorosis—is important when considering when to introduce mouthwash. Prior to allowing your child to try it, make sure they are physically capable of holding a liquid in their mouth, swishing, and spitting. While it seems easy, children are conditioned to swallow liquids in their mouth. If your child can do these steps with water, then they are likely ready to move on to mouthwash.

Mouthwash is intended to boost the benefits of brushing and flossing your teeth. Make sure your children know it’s in addition to, and not a replacement of, brushing or flossing. Mouthwash can be beneficial to all children, however, for those with braces, they could find it’s an especially good tool to get food out of all the hard-to-reach places. Prior to incorporating a mouthwash into your child’s routine, speak to your dentist to make sure they are ready.

While fluoride is an essential tool to fighting cavities, it’s important to be on the lookout for dental fluorosis. This condition is caused prior to age eight and is caused by getting too much fluoride when the teeth are forming in the gums. It’s estimated that fewer than one in four people have this purely cosmetic condition. To minimize the risk, use the appropriate amount of toothpaste and teach your children how to spit it out instead of swallowing. If you have any concerns about the products you’re using, feel free to reach out to discuss it with us.

Is Fluoride OK For Kids?2017-10-232017-10-23https://fortworthtexasdentist.com/wp-content/uploads/2018/09/h-peter-ku-best-dentist-logo-2.pngFort Worth Dentist | 7th Street District | H. Peter Ku, D.D.S. PAhttps://fortworthtexasdentist.com/wp-content/uploads/2017/10/depositphotos_1628211_original.jpg200px200px
Recent Posts
Recent Posts
Categories
H. Peter Ku, D.D.S., PA is located on 3045 Hamilton Ave, Fort Worth. From Fort Worth Meacham Int'l Airport (FTW) head northwest toward N Main St and turn right onto N Main St. Then Pass by Taco Bell (on the left in 1.9 mi) and turn right onto W Northside Dr.
Next, pass by Dairy Queen Store (on the right in 0.3 mi) and continue onto N University Dr. Finally, pass by Jack in the Box (on the left in 0.9 mi), turn left onto Hamilton Ave and H. Peter Ku, D.D.S., PA will be on your right. 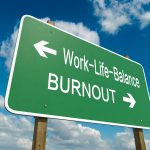 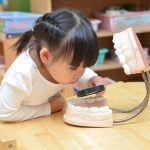 Conquer Nervousness at the DentistDentistry