As much fun as this rumor is to spread around, it sadly is not true.

Though it is not true that George Washington had teeth made of wood, he did have very poor oral hygiene habits. Washington began losing his teeth in his 20s. By the time he took the oath of office in 1789, he was 57 years old, he had only one natural tooth left.

Washington enlisted the best dentists of the late 18th century to help make his dentures. Even though they were the best the 18th century had to offer, Washington’s dentures were often painful and disfigured his face. The dentures would push his lips forward, making it hard for Washington to close his mouth all the way. Washington himself described in a letter that the false teeth made his lips “bulge.”

So, we’ve concluded that Washington had bad oral hygiene, few teeth and dentures. But, what were they made out of if not wood? Washington had a few sets of dentures and most were made out of hippopotamus ivory. Most false teeth at the time were made from ivory or from bone. The problem with these materials was that saliva would eventually break them down leaving wearers, literally, with a bad taste in their mouth. The hippopotamus ivory had a thick layer of enamel making it stronger and ideal for false teeth.

Jean-Pierre Le Mayeur served as Washington’s dentist for many years. Le Mayeur created many sets of false teeth for Washington, creating the first set before the Revolutionary War, in the mid-1780s.

It is also rumored that Le Mayeur performed a tooth transplantation surgery on Washington. Records show that in 1784, Washington purchased nine teeth from his own slaves to be transplanted into his mouth or to be used in his false teeth.

The set of teeth that Washington wore during his inauguration into office was created by John Greenwood. Greenwood made these false teeth out of ivory, brass and gold. Greenwood, considered the father of modern dentistry, created the false teeth for Washington by setting human and cow teeth into the plate with brass screws and holding the top and bottom plate together with gold springs. When Washington lost his only remaining tooth, he gave it to Greenwood as a gift.

Though incredibly strong, the ivory teeth were easily stained and had to be regularly cleaned. Washington would ship the teeth to Greenwood to be cleaned and sent back. This History.com article speculates that the rumor of wooden teeth began because the ivory would get so stained that it looked like wood.

Washington was known for being a quick speaker. His second inaugural address was just 135 words long. That’s the shortest in history. It sounds like his dentures were torturous to wear, even if they weren’t made of wood.

Oral hygiene is incredibly important if you want to keep all your teeth. Make sure to brush twice a day, floss those pearly whites and make an appointment with you favorite Fort Worth dentist.

Did George Washington really heave wooden teeth?2015-02-062016-09-28https://fortworthtexasdentist.com/wp-content/uploads/2018/09/h-peter-ku-best-dentist-logo-2.pngFort Worth Dentist | 7th Street District | H. Peter Ku, D.D.S. PAhttps://fortworthtexasdentist.com/wp-content/uploads/2018/09/h-peter-ku-best-dentist-logo-2.png200px200px
Recent Posts
Recent Posts
Categories
H. Peter Ku, D.D.S., PA is located on 3045 Hamilton Ave, Fort Worth. From Fort Worth Meacham Int'l Airport (FTW) head northwest toward N Main St and turn right onto N Main St. Then Pass by Taco Bell (on the left in 1.9 mi) and turn right onto W Northside Dr.
Next, pass by Dairy Queen Store (on the right in 0.3 mi) and continue onto N University Dr. Finally, pass by Jack in the Box (on the left in 0.9 mi), turn left onto Hamilton Ave and H. Peter Ku, D.D.S., PA will be on your right. 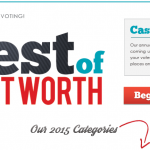 Let’s Get Out the Vote!Dentistry, Fort Worth