[VIDEO] Watch What Happens to Teeth In Soda…

Nearly half of all Americans drink at least one soda every day. When broken down by age group, the number skyrockets for children and young adults. More than 56% of adults between 18-34 identified as drinking at least one soda a day.

While here at Dr. Ku’s office we’re most concerned about the effect of the soda on your teeth, the truth is that a diet that is high in sugar—like that found in soda—has been associated with an increased risk of metabolic syndrome, and with higher rates of Type 2 diabetes, fatty liver disease, insulin resistance and cardiovascular problems.

Some research even suggests that high-fructose corn syrup (the sweetener used in most soda) is highly associated with increased body fat.

If you are looking for a way to kick the soda habit, let’s start by looking with fresh eyes and in a totally new way at the effects of soda on your teeth. This video shows the effect of soda over time—keep watching at your own risk!

The two major issues that can affect the teeth thanks to drinking soda are erosion and decay.

First, erosion occurs due to the acid levels in soda, meaning it doesn’t matter if it’s diet. Short of drinking undiluted vinegar, cola is about the most acidic beverage you can buy, according to studies by the Journal of the American Dental Association. When tested, Coke was the most acidic soda, and Root Beer was the least.

The acid begins to wear away enamel, which covers the outer layer of the tooth and is the hardest substance in the body. The purpose of enamel is to protect the teeth from outside invaders like decay. When enamel erosion occurs, the enamel is worn away and leaves your tooth susceptible to damage caused by acids and bad bacteria. These foreign substances can do significant damage to the tooth and cause you a lot pain. Unfortunately, once enamel is lost, it can’t be replaced.

Another oral health concern with soda is the increased likelihood that you’ll develop cavities. Once the tooth enamel is damaged, the next layer of the tooth—the dentin—can be adversely impacted. While sugar itself does not directly harm teeth, it enables the two big culprits of tooth decay (bacteria and acids) to do their worst. Bacteria feed on the sugar in sodas, creating plaque as a byproduct. The plaque allows bacteria to stay on the teeth longer, until eventually the bacteria creates acids that wear down the tooth enamel and cause cavities. The bacteria in the plaque that forms near the gums also produce toxic products that enter the gum tissues, causing gingivitis. If untreated, gingivitis may become periodontitis, a more serious disease where there is bone and tissue loss around the teeth.

[VIDEO] Watch What Happens to Teeth In Soda…2019-10-142019-10-14https://fortworthtexasdentist.com/wp-content/uploads/2018/09/h-peter-ku-best-dentist-logo-2.pngFort Worth Dentist | 7th Street District | H. Peter Ku, D.D.S. PAhttps://fortworthtexasdentist.com/wp-content/uploads/2019/10/fghgjgj.jpg200px200px
Recent Posts
Recent Posts
Categories
H. Peter Ku, D.D.S., PA is located on 3045 Hamilton Ave, Fort Worth. From Fort Worth Meacham Int'l Airport (FTW) head northwest toward N Main St and turn right onto N Main St. Then Pass by Taco Bell (on the left in 1.9 mi) and turn right onto W Northside Dr.
Next, pass by Dairy Queen Store (on the right in 0.3 mi) and continue onto N University Dr. Finally, pass by Jack in the Box (on the left in 0.9 mi), turn left onto Hamilton Ave and H. Peter Ku, D.D.S., PA will be on your right. 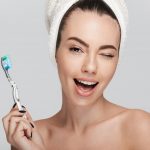 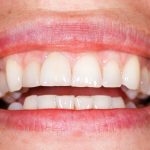 Tooth Truth: Everything to Know About Your CaninesDentistry