Your Chewing Gum Review And Guide

Today, it’s time that we talk a little smack.

No, not that type—today it’s all about chewing gum. Which flavored gum is best or holds the flavor longest can be a hotly contested issue. We’ve chewed it over and we’ve decided that to get to the bottom of this sticky situation we are going to unwrap the best and worst of chewing gums.

In addition to our informal research, we want to conduct a poll with our patients. Leave us a comment on our Facebook page indicating which flavor gum is your favorite—bonus points if it’s sugar free! 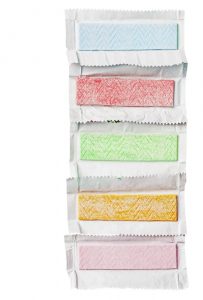 There is evidence that chewing gum dates back more than 9,000 years. Originally, the substances chewed had medicinal purposes, and many were thought to relieve toothaches or quench thirst.

Fast forward to the 19th century where Europeans finally began to use products that other populations from around the world had used for centuries. By 1850, this led the first industrial chewing gum factory to be opened. The original gum was made from spruce tree resin boiled down and coated with cornstarch. Unfortunately, the combination was less-than-ideal, and led subsequent producers to use paraffin wax instead of spruce tree gum. But once again, the products evolved, and chicle was substituted for paraffin wax. This combination of ingredients worked so well that it remained largely unchanged until the mid-1900s.

In 1928, bubble gum made its first entrance onto the market. This product was different than other chewing gums since it was made with the primary purpose of blowing bubbles. And after more than a decade of failure, Flank Fleer finally created what we know as Double Bubble.

The various flavors of gum can be broken down into several main categories: minty, fruity, cinnamon, and bubble gum. The vast majority of Americans prefer mint flavored gum, with more than 72 million choosing spearmint as their top pick.

Peppermint follows in popularity, in second place with 70 million, and winterfresh rounds out the top three with 53 million happy chewers. Overall, fruity flavors are enjoyed widely behind mint, with cinnamon coming in directly behind.

Finally, and most surprisingly, bubble gum is the least chewed flavor among Americans. According to polls, only 22 million Americans admit to liking it the best. Due to its storied history and prevalence in pop culture and sports, many would say that it’s surprising that it falls a distant last.

How long does the flavor last?

After examining the data on how long the flavor of certain gums last, it’s not surprising that bubble gum is not a popular choice. Bubble tape, the gum that comes rolled up like a tape measure, has a minute and a half worth of flavor. No wonder you get so much over package! You have to get a new piece every couple of minutes just to enjoy the flavor. And bubble Yum, another favorite of bubble gum chewers, has flavor that lasts only three minutes.

For minty gum lovers, the flavor times are slightly more favorable (flavorable?). Eclipse spearmint has at least six minutes’ worth of flavor, and a car pack comes with dozens of servings to keep you fresh all day. Dentyne Ice peppermint flavor packs more than five minutes of flavor in each piece. However, they claim that it will keep your mouth fresh more for than 40 minutes. This could be a clear winner if their claims are true.

Finally, while Big Red is the most popular cinnamon flavored gum, its spiciness wears off after just two and a half minutes. While the initial burst of flavor can be startling, unfortunately, it wears off quickly.

Dentists have long recognized the oral health benefits of chewing gum. Studies have shown that chewing sugar free gum after a meal can help rinse off harmful acids and prevent potential tooth decay. In addition, chewing gums helps to stimulate up to 10 times as much saliva in your mouth to help clear your palate or save you from dry mouth. (Dry mouth can lead to significant oral health problems since bad bacteria are able to infiltrate gum lines easier.)

Finally, chewing gum helps prevent the growth of bad bacteria that causes cavities, since one of the main ingredients in gum—xylitol—causes the mouth to become inhospitable to these bacteria. It’s due to these benefits that the American Dental Association has put its seal of approval on sugar-free gums.

So, if you are in a pinch after a meal and need something to freshen your breath or don’t have the opportunity to brush, popping in sugar free gum is a great option. 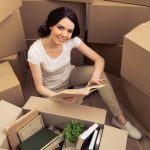 College Moving Tips: Keeping Up On Your TeethTips and Tricks 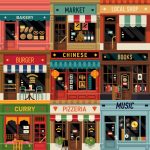